Push Gaming is a valued game manufacturer that delivers success after success. Two of the players’ favorites are Jammin Jars and the sequel Jammin Jars 2. There is no doubt that it is easy to like these two slots.

But what makes them so popular, and what are the similarities and differences between the games? We will go through that now to find out which of the two could be right for you!

Compare the Jammin Jars slots yourself

Both similarities and differences between the games

Even when Jammin Jars launched, it quickly became a favorite among players, and while the original launched in 2018, it took until 2021 to release the sequel.

One given detail that many players appreciate about Jammin Jars is the design. It’s colorful, lively and easy to like. They have continued on the same track in the sequel and let the chubby fruits and berries take place on an 8×8 square playing field, and both games use cluster wins with cascades.

The game board in Jammin Jars

However, Jammin Jars 2 is slightly more toned down in its visual design. The colors are a little duller and the party is a little quieter. As a whole, however, the purely design part is very similar between the two games.

When it comes to the functions in the games, the differences are all the more, and here they have chosen to scrap certain functions in order to add others instead.

In the first slot, for example, you could pay to activate the bonus game through the “Buy bonus game” function. It is usually a valued feature in many slots, especially among the players who primarily play for the bonus game in particular and may not feel like waiting for it by spinning the reels as usual.

However, this feature has been removed in Jammin Jars 2, so it is no longer possible to pay for the bonus game to be activated. In return, they have added other entertaining features instead, and Jammin Jars 2 is really packed with entertainment.

A quick summary of the games

Lots of features in both games

Anyone who has played slots from Push Gaming before has surely noticed that it is more the rule than the exception that their slots are filled with different functions. This of course also applies to favorites such as Jammin Jars and Jammin Jars 2.

Both games activate cascades after a cluster win. In both slots we also have a wild symbol that acts as both wild and scatter, and three of these activate free spins.

In one, however, you get respins with each wild, and it then wanders down the entire board, one spin at a time until it wanders off completely. In the sequel, instead, the wild symbol jumps around the playing field as long as a cascade is in progress.

The original slot has a Rainbow Feature, and this can be activated randomly after a non-winning spin. A rainbow will then load up a mega symbol on the playing field, which can then connect with additional symbols to give a nice payout.

In the sequel there is a similar feature, but here you can get several mega symbols and they come at the end of a cascade instead. In Jammin Jars 2, they have also added direct wins, and an opportunity to level up both the game’s RTP, bonus functions and number of free spins.

Casinos Online with Jammin Jars 1 and 2

Regardless of which of the games you prefer, however, you can be sure that there is plenty of entertainment to look forward to here! 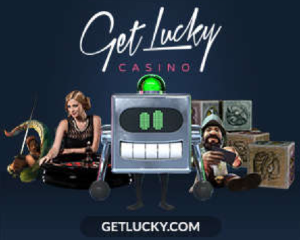 CasinoWithdrawal.info use cookies to ensure the best experience on our site. If you continue to use, we will assume that it`s ok.Ok